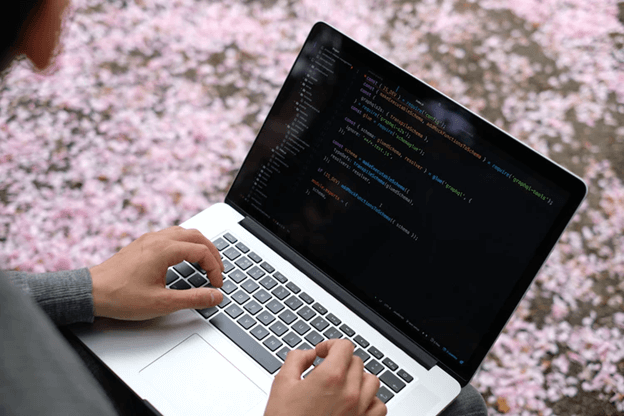 After defining the product's structure and commercial perspective, the next step in the planning of mobile app development is making tech-related decisions. In most cases, in-house developers decide one stablished businesses. For small businesses and startups, however, things get a little more tricky.

This article should provide you with enough information to make better decisions when you push through with your Mobile App Ideas.

What is Mobile Development Stack?

The components of the mobile stack are as follows:

●      Frontend: Technologies that get used in creating the interface with which consumers interact.

●      Back-end - This phrase refers to the tools and software required to generate the server's underlying processing.

●      Development - The Development is a centralized platform with all of the necessary libraries and interfaces for creating the app.

●      Supporting - This term refers to a collection of tools and technologies that enhance the app's security, flexibility, and performance.

Furthermore, the technologies you can use for your mobile stack get determined by the app’s design platform.

For starters, if you are building and developing an Android app, this is the fundamental app technology to use.

Java: Java is, without a doubt, the most widely used programming language for creating Android apps. The language is well-supported and scalable as a result of its widespread use by big corporations. Moreover, you will have a lot of options for open-source tools and libraries.

Jetpack Compose: This modern UI toolkit allows developers to define UI elements, and it will handle the difficult task of dynamically drawing them. It is still not ready for production, but a developer version is already accessible today.

Additionally, if you are developing an iOS app, here is a list of mobile stacks.

Objective-C: Apple supports Objective C, the original programming language used to create the iOS app. Nonetheless, developing an app in Objective-C is difficult, and developers are prone to making mistakes.

Swift: Swift is a newer programming language launched in 2014, and developers prefer it to Objective-C. Safer syntax results in fewer errors and unprecedented production time for apps.

Xcode: XCode is Apple's official programming tool and is the platform to use whether you are working in Swift or Objective-C. It comes with all of the tools you will need to create a native iOS app, along with a visual interface builder.

AppCode: AppCode is an open-source alternative to XCode that a third party created. While AppCode allows for the development of iOS mobile apps, it lacks the functionalities of XCode and is, to some extent, still reliant on it.

UIKit: The UI Kit framework is the foundation for creating graphical components in an iOS app. It comprises templates that define the UI elements that make up the app's foundation.

SwiftUI: SwiftUI is a contemporary framework for building UI elements in iOS apps that is more efficient. However, it is only compatible with IOS 13 and up, and there are limited resources available since it only got released in 2019.

This mobile stack will prevent you from having multiple codebases if you develop an app for iOS and Android.

React Native (JS): React Native is undoubtedly the most popular cross-platform framework among developers. It is built on JavaScript and provides basic building pieces that are compatible with both platforms.

Flutter (Dart): Google's answer to a cross-platform programming tool is Flutter. It has a 'hot reload' function that saves time on emulators and simulators and an expressive widget that offers comparable performance.

Xamarin (C#): Xamarin is a natural fit for C# developers who want to create cross-platform programs. C# programs are cross-compiled into native apps for Android and iOS.

Finally, cross-platform apps are popular because they shorten the time it takes to get a product to market while keeping development costs low. However, doing so has the drawback of restricting you to the toolkit's capabilities.

Full-stack mobile app developers will almost certainly need the following characteristics in their production environment. Notably, these are more likely to fall under the purview of a full-stack developer than backend or frontend concerns:

●      Accessibility, Internationalization, and Localization: Personal modifications like accessibility, language, and localization, which can expand the value of your software to a wider audience, are a wonderful way to target previously disregarded populations.

●      Automatability: For modern mobile app coders, automatability is critical to enable updates that do not damage the app or take it offline.

●      Feedback loop: A feedback loop can help developers with everything from testing frameworks and developing mechanisms to receiving user input through UI or session tracking to figure out how users normally use an app or why they cannot use certain features.

●      Scalability: The scalability aspect in design is closely related to automatability and also deals with deployment. Containerization and database and disk redundancy prevent data loss and ensure data reliability.

Finally, deciding on the best tool mix for developing a mobile app is based on a variety of factors, including:

●      Content with a device-appropriate appearance and feel, including fonts and iconography;

●      Knowledge with previously encountered code and constructs; and,

●      For various reasons, including time, budget, and demographic goals, the degree to which competing needs influence software selection varies.

The planning step of a mobile app development endeavor is quite important. This choice will have a big impact on whether or not your mobile app is scalable and performs well. A lousy technology choice might set your company back months, whereas a well-chosen tech stack can provide your company a competitive edge and help it flourish.

Hopefully, the information presented in this article will help you in the various decision-making processes you will encounter through the production and success of your mobile application.

In the high-tech world we live in, your business must find ways to constantly stay ahead of the technology curve that’s continually changing. If you don’t innovate your application and ease of use in your user interface design, you’ll end up being left behind.

Benefits Of Innovating Your User Experience

One of the most effective ways to optimize your brand for the growth you’re searching for is to take advantage of the many benefits of innovation in your user interface design and user experience design.

Learn what a social media app like IG will cost you in 2021.

Need Help With Your Project?